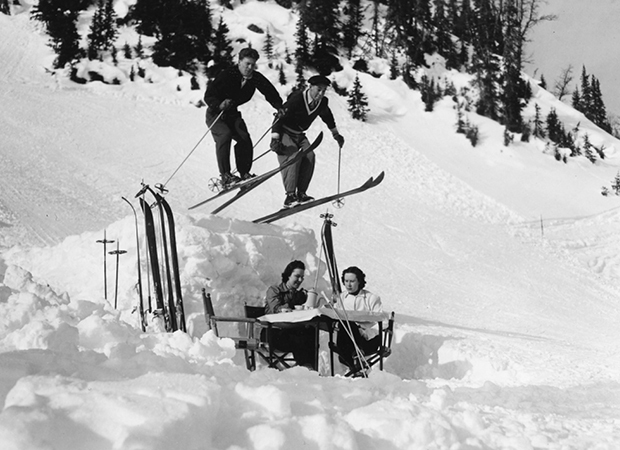 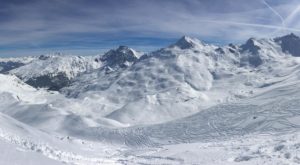 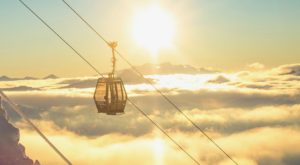 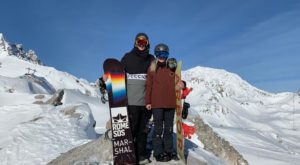 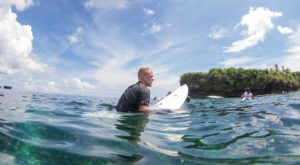 5 Tips to Turn Your Gap Year into a Career

Home > Ski > A Brief History Of Skiing in Banff 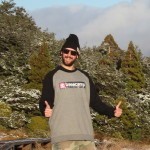 Andrew Manuel
3 years ago in Ski

This year Canada celebrated its 150th birthday and despite the fact its a young country there is some strong ski history in our home base of Banff. The town itself was founded in 1883 when a few folks working on building a railway across the country stumbled across a natural hot spring at the present day Cave and Basin Historical Site.

Blown away by the natural beauty in the area, Canadian Pacific Railway Company set aside a 10ha patch of land as a reserve which was expanded and turned into Banff National Park in 1885, becoming Canada’s first park and the 3rd national park in the world behind Yellowstone in the UK and the Royal National Park in Australia. This was the start of Skiing in Banff. Tricks get chicks, as true now as it was in the 1930’s. Photo: Crowfoot Media

Skiing was not far behind

Skiing was not far behind with the first pairs making their way up with a few Norwegian immigrants in 1894. This wild new sport was a quick hit with the locals and there were home made skis popping up all across the Bow Valley. It did not take long before the Canadians were bored and decided the sport was not reckless enough so they built the towns first ski jump on the bottom of tunnel mountain right down what is presently Caribou street. Its pretty crazy to imagine that the location of our favorite bars in Banff were once the run out of one of north Americas original terrain parks. At this point skiing in the valley was all powered by peoples passion for adventure, there were no lifts, snowcats or ski areas. If you wanted to gets some turns in you had to tie animal pelts onto the bottom of your skis so you could tour up your line. In 1926 people started to come together and cut the first ski run into the mountains on what is the present day location of the Mt Norquay Ski area, overlooking the town itself. This was the start of something big and the popularity of the sport was starting to catch on, people were starting to explore more of their backyard and in 1928 they started skiing what is now the location of Sunshine Village. A few years later in 1930 folks started venturing further afield and skiing found its way to the Larch Valley and the present site of the Lake Louise Ski Area. Temple lodge is built in 1938 and officially marks the creation of our favorite resort in Canada.

At this point Banff finally had its 3 ski areas that still operate today but everyone was still getting to the top of the runs using their own steam. That all changed in 1941 when Mt Norquay put in the first lift, it was pretty much an old tractor with a rope attached to the motor but it worked non the less. At this point most of the world was fighting in World War 2 but the Canadian were focused on getting more laps in, they clearly had their priorities right. Things quickly progressed with Norquay upgrading their rope tows and putting in Canada’s first chairlift in 1948. Everyone followed suite and more chairs went in across the park with all the resorts trying to one up their neighbors, Lake Louise changed the game again in 1959 when they installed a gondola from the highway that ran right up to the middle of the resort making skiing way more accessible. Things carried on calmly like this for decades through may questionable era’s of ski fashion before the 80’s hit with some serious force. 1980 was the first time Lake Louise hosted the World Cup Ski Race, a tradition that continues to this day and sees ski racings best descend on the resort for two weeks in late November/early December. Thanks to the cold climate and tendency for early season dumps it’s the best location to ensure an early season race on an international level. Radical! Thankfully ski fashion has evolved since this was cool.

The other big change in the 80’s was this new “fad” of snowboarding had made its way to the area and sunshine village was set to be one of the first resorts to let them ride the lifts. In 1983 Ken Achenbach would start the worlds first snowboard shop just down the road in Calgary and that became fuel for the roaring wildfire that was snowboarding. Ken would continue to be one of Canada’s driving forces in snowboard and carry on to open the Camp of Champs, a long running summer snowboard camp on the Blackcomb glacier. Photos from the first issue of trans world snowboarding, link to the full issue below

In 1986 Sunshine Village played host to the North American Snowboard Champs and some of the best riders at the time turned up to compete in GS, Halfpipe and Moguls. All these kooky snowboarders in bright suites was pretty inspiring apparently and during the event the first ever cover of Transworld snowboarding Magazine was shot by Dave Motil of rider Dave Achenbach cranking a method on a classic windlip that still sees a lot of traffic today. You can find the full issue online here:Transworld Snowboarding Issue #1 The snowboard scene continued to influence the area and brought a lot of life into the resorts through the 90’s and into the new millennium. Lake Louise was getting a great reputation for its terrain parks and in 2004 hosted Snowboarder magazines Superpark event. The event sees top terrain park builders descend on a resort after it has closed for the season and turn the place into a next level terrain park. Snowboarder then brings in ALL of the pro riders to lay waste to the newly constructed park. The event was such a hit in 2004 that Lake Louise hosted it again in 2005. Word has really started to get around lately about our sometime quite Banff base. Lake Louise has been getting a lot of hype thanks to the fact it won the title of “Canada’s Best Ski Resort” 4 out of the last 5 years starting back in 2013. With early openings, consistent snowfalls, amazing terrain, great parks and a season stretching into May its easy to see why Lake Louise keeps winning this award. We are super proud to have been able to call Banff our Canadian base of operations for over 10 years. Over that time we have seen hundreds of people come through our programs here and are even more excited to see our course graduates back working in the resort year after year. With an early opening and a huge amount of terrain opened already, its shaping up to be another amazing year out here in Canada. So when are you going to come join us and be a part of this history? Check out all of our Banff courses HERE