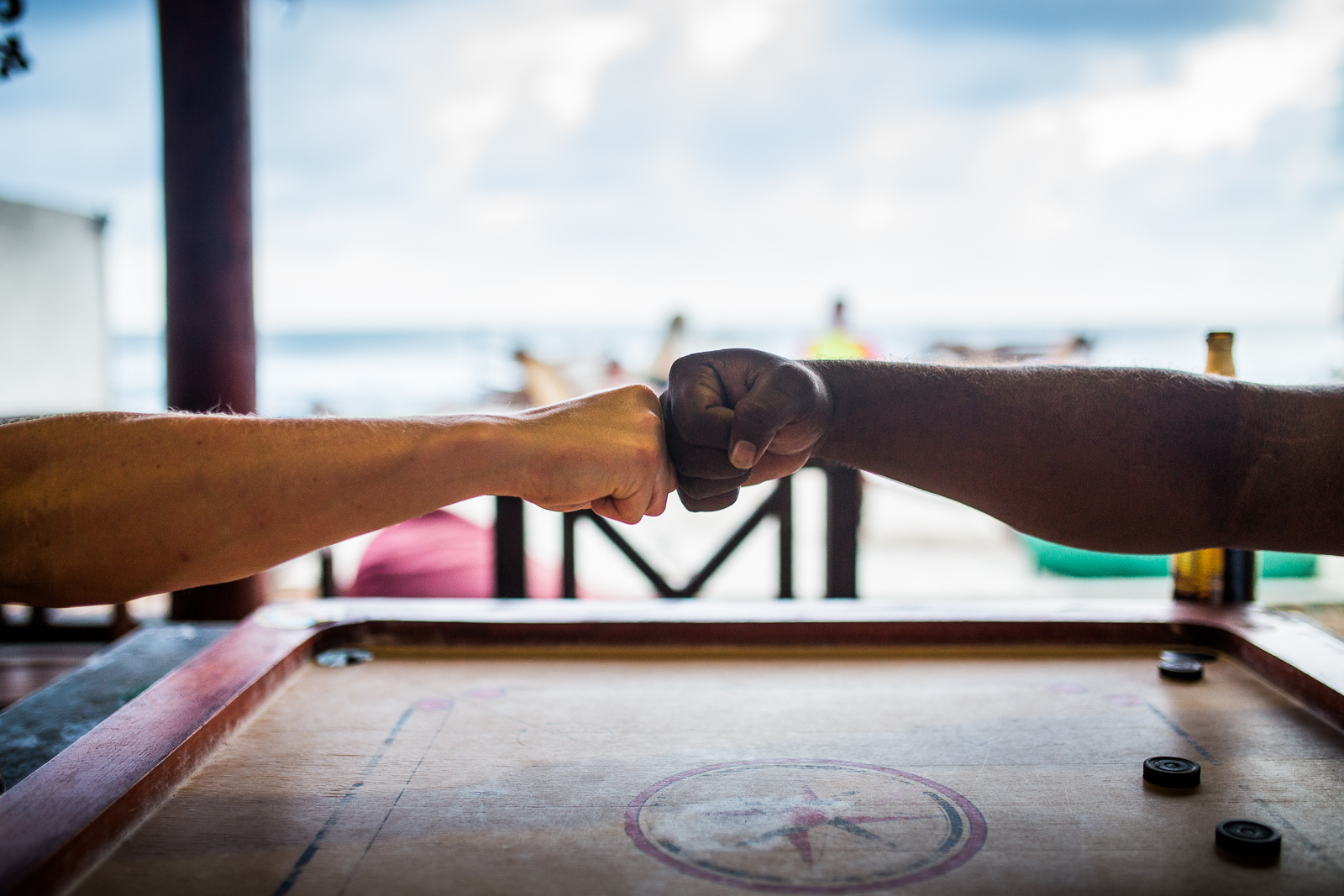 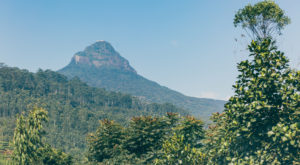 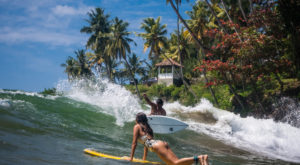 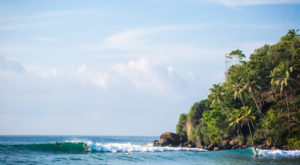 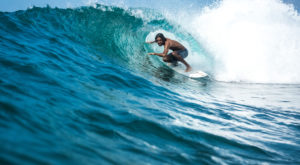 Sri Lanka, What Now?What's next for the Indian Ocean's Jewel in the Crown after the recent terrorist attacks?

Sri Lanka was voted the number 1 country to travel in 2019 by the travellers bible; The Lonely Planet and almost a million people have visited the beautiful island this year already. But a series of terrorist attacks devastated the country and shocked the world just a few weeks ago.

The global media painted an apocalyptic picture of the cowardly attacks, constantly broadcasting the horrendous scenes to the world. The UK Foreign Office (plus several other countries) quickly advised against all but essential travel to Sri Lanka and tourism has dropped off by a whopping 80%.

On the day of the attacks we were on the tail end of an epic coast to coast tour, hiking through the mountains and tea plantations of the hill country. After a few hours of sweaty rambles fuelled by local tea and rotti’s, we returned to our base, a small town called Ella and rested at a local watering hole for a game of cards and celebratory cocktail. Something did feel a bit out of the ordinary and the normally gleeful faces of the locals seemed unnaturally cheerless, but it wasn’t until I asked the bartender why he looked so sad, that I found out about the attacks. 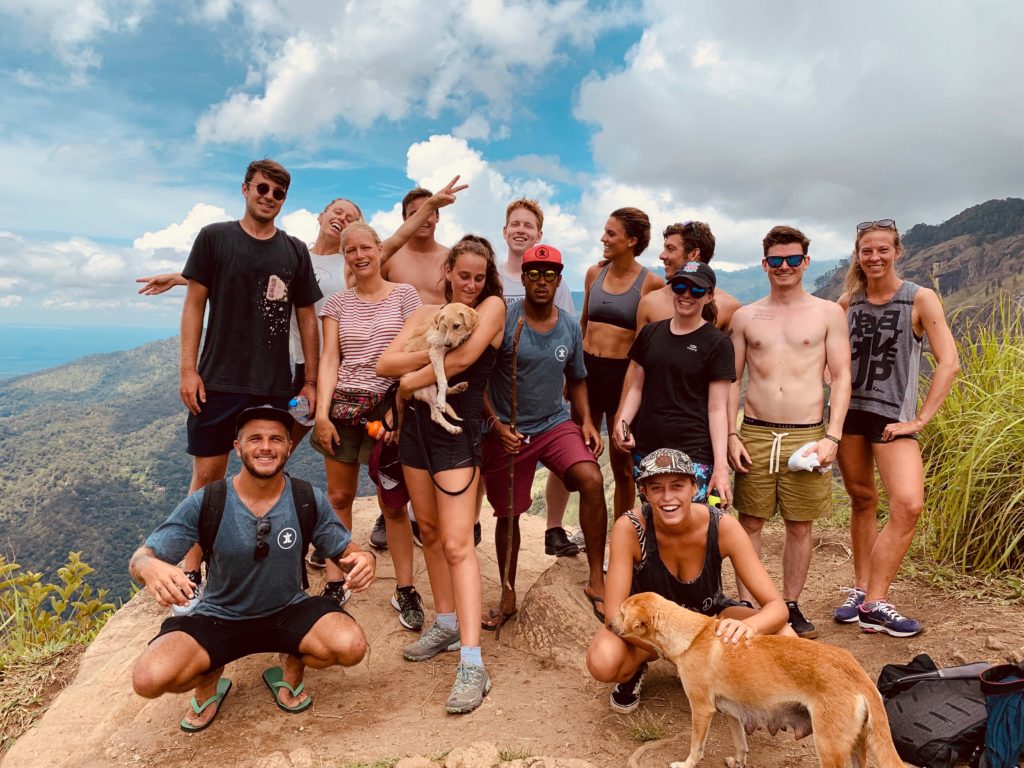 Our crew all smiles at the top of Ella Rock

Glancing down the street I noticed that the town was filling up with military police, a game of President later and talks of a curfew were spreading amongst the tourists, then the next thing I know I’ve bought every rotti and egg roll in a local food spot and have sent all of our guests back to our hotel for the evening’s lockdown.

The following morning our normally overly-enthusiastic Hotel Manager Lashan had lost his spark. He filled me in on the situation over a couple of cups of tea, whilst nervously scrolling through his phone, chain smoking dunhills, but his somber state wasn’t anger at those who committed the attacks, but a sincere sadness to those affected and a deep sorrow for the country as a whole. 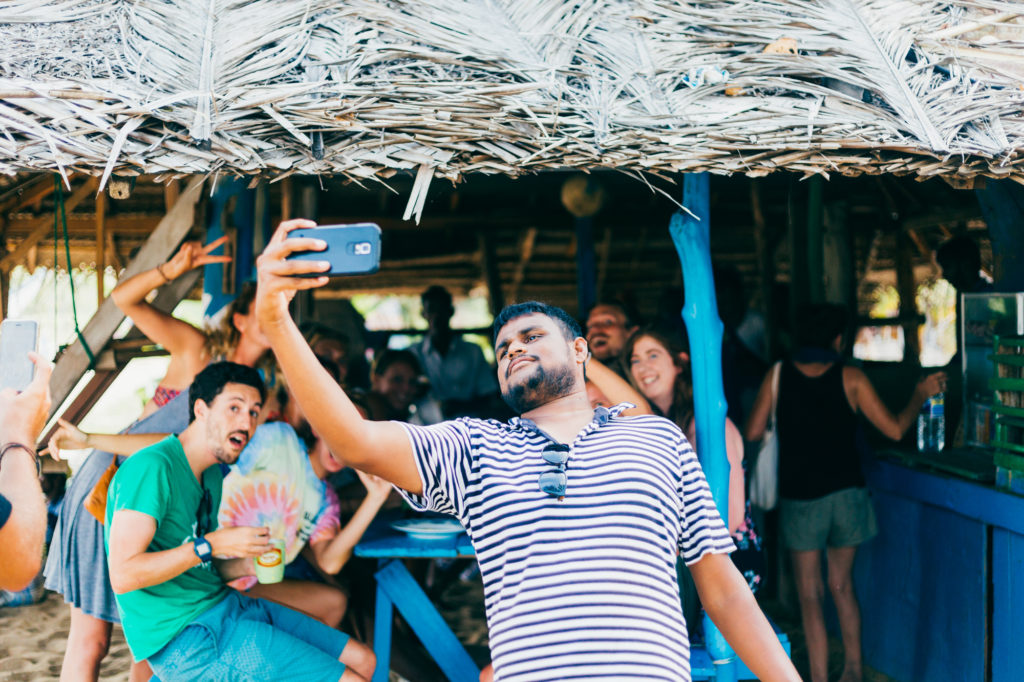 We all know Sri Lanka for glorious palm-fringed beaches and waves breaking over crystal clear coral reefs, so it’s easy to forget that it is a fragile country still recovering from one of the most bloody civil wars in recent history, which ended in 2009, costing the lives of over 150,000 people. As well as the massive tsunami on Boxing Day in 2004, which killed over 30,000, ruining most of the south west, south and east coastline.

These terror attacks complete a trifecta of devastations, which have affected every single person in the country and Lashan’s mourning was not only for the hundreds lost on 21st April 2019, as the bombings opened old wounds which had nearly healed.

Then he sent us on our morning’s hike with a toothy smile and a bag of bananas and we got lost in the jungle, indulging in nothing but nature for the day, aided by the social media ban put in place by the government. When we got back the military police remained, but the air was lighter and smiles had returned. Lashan put the kettle on and excitedly explained how all of his bookings in May had cancelled, so him and the staff could finally get a break after working around the clock since they opened shop.

I laughed this off and put it down to the classic Sri Lankan trait of eternal optimism. But as we continued our travels, all the locals we interacted with were overwhelmingly friendly and eager to chat about life, their family, our families, our plans, our country and our impressions of Sri Lanka. When mentioned, the terrorist attacks were deemed a sad thing that has happened, done by bad people, which will be forgotten in a couple of months and these bad people don’t define Sri Lanka, whilst those that do remain proud ambassadors of their fragile country and for good reason, as the island and it’s people continue to radiate beauty, love, kindness, compassion and positivity in all corners, day and night. 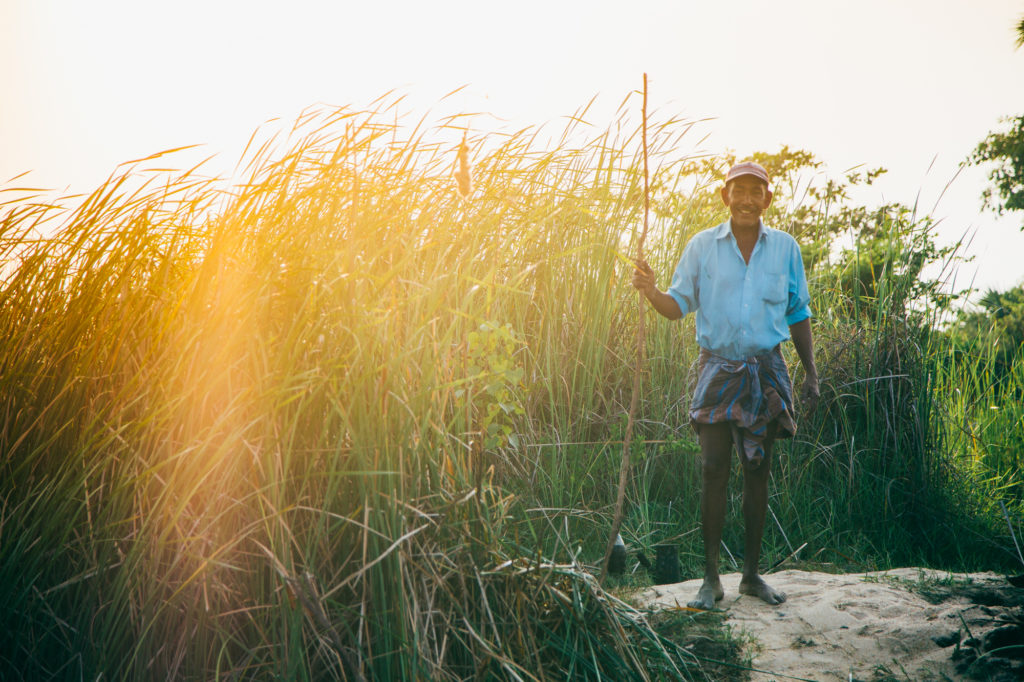 The nationwide positivity is inspiring, but how does a country that was on a sweet spot and a highlight of the global young traveller market recover?

Fawas Lafeer, who owns and runs SAFA Surf Camp in Arugam Bay, is very aware that the current FCO travel advisory ban is bad for business and has also written off May in terms of bookings, but he shares the same optimistic views, seeing this as an opportunity to give his staff some time to “chill out” whilst enjoying the quieter waves at the Main Point and is sure that in a couple of months everything will be back to normal. He then pointed out that after the Bali Bombings, business was booming and Kuta returned to being a hell-hole tourist trap within a year. 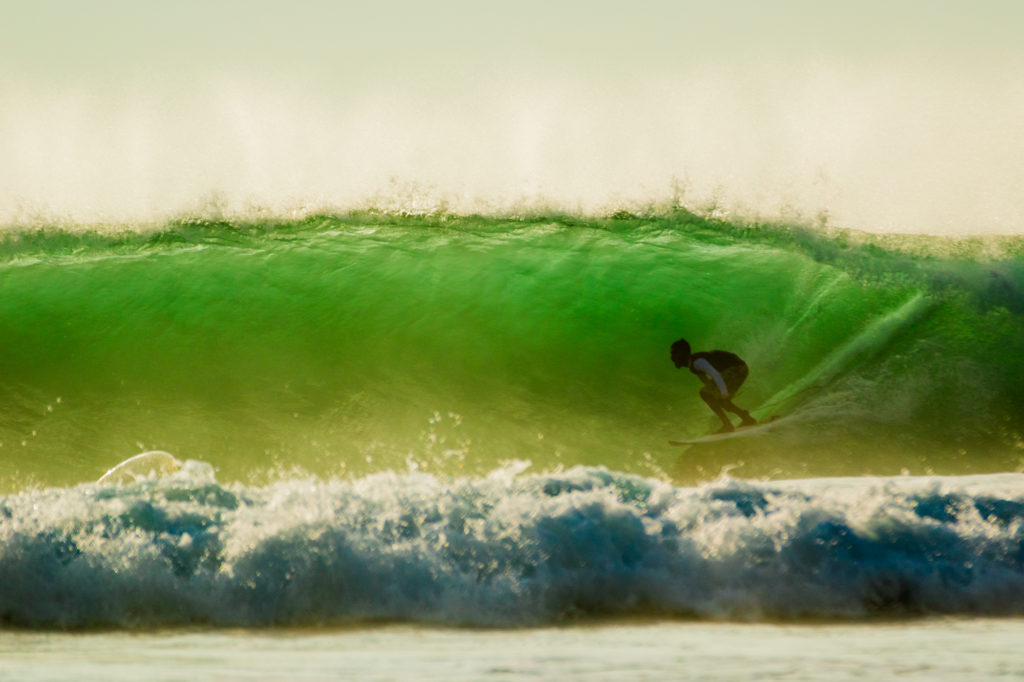 Fawas on a bomb at Main Point Arugam Bay

After our tour finished I headed back down South and caught up with my good friend Lucky, who runs a surf school and surf house in Weligama. I asked him if he was worried about next season, to which his reply was a wiggle of the head with a laugh on his face and said that cheaper flights will probably make it even busier.

He also asked me with a bit of a cheeky smile, how business was at our surf school in Cornwall after the London bombings in 2005, making a subliminal point that these attacks were in Colombo, the captial city and not in the small surf town of Weligama. 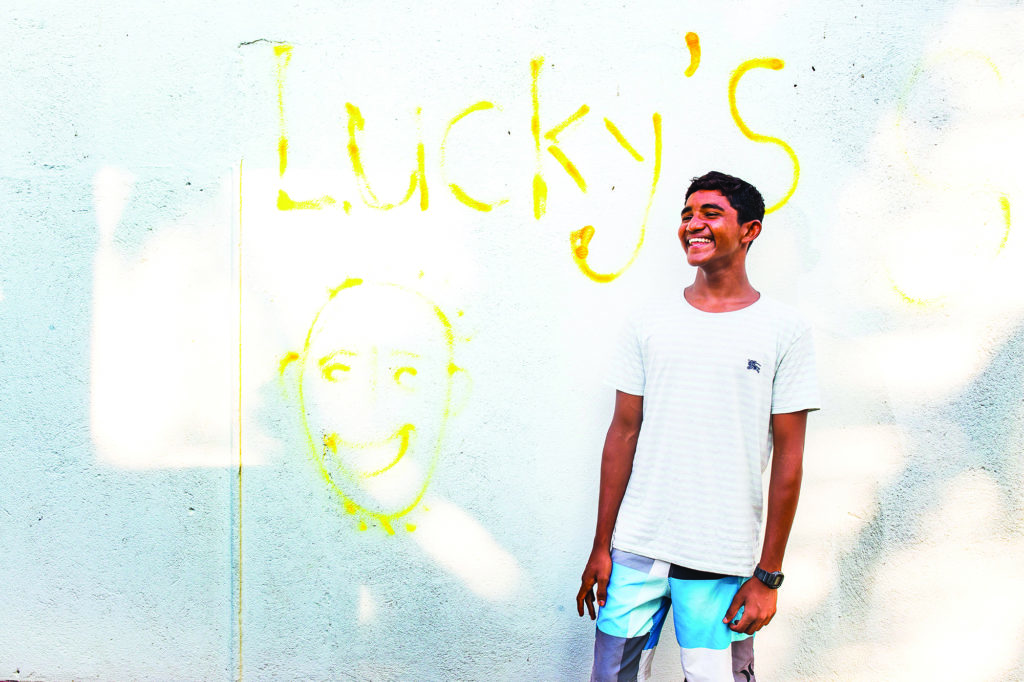 I’ve spent the best part of a decade in this corner of the Indian Ocean, am currently building my dream home in the jungle and opening the dream surf house in the South West coast with Ticket to Ride in October. But as a part-time Westerner, a part of my brain had to observe the nonchalant responses as naive and after investing so much energy, time and money into a place I want to call home, started to consider how it will affect my life.

I’ve always appreciated the beauty of Sri Lanka, loved the waves and adored the food, this holy trinity of factors make up the Sri Lanka I know, but this incident has made me realise that there is one special ingredient that makes Sri Lanka a unique place indeed… The people.

Last night I chatted non-stop to Nafeel, a Tamil Christian tuk tuk driver, who took me to an epic Muslim curry place, where top notch food was delivered with a smile, which I ate and laughed with my Buddist Sinhalese friend. 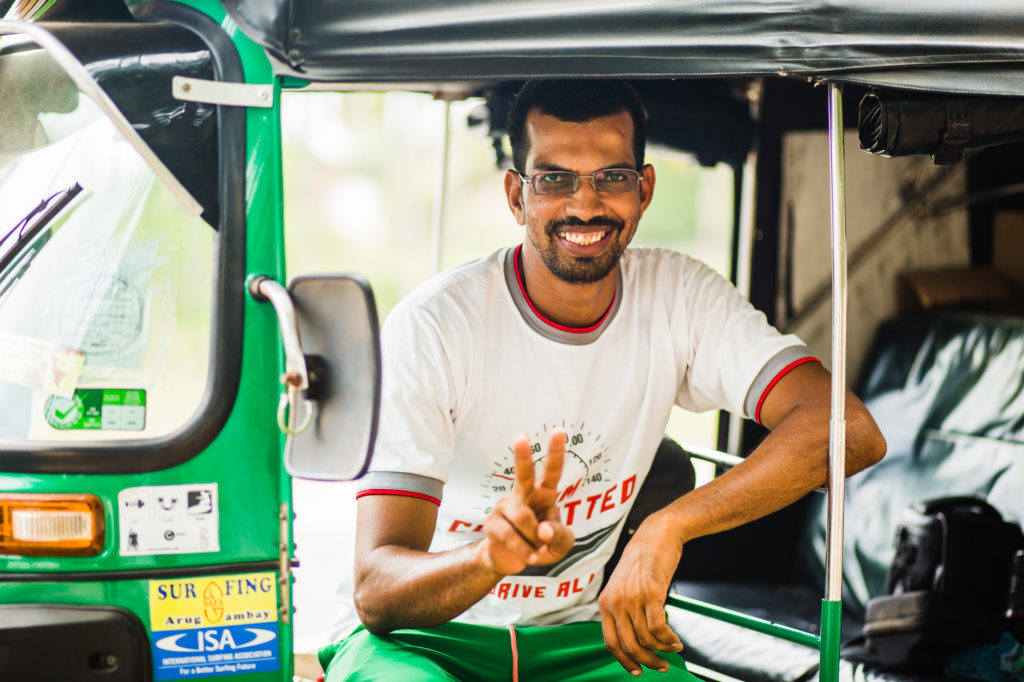 So what next for Sri Lanka?

Whilst the waves continue to roll in and the people that make up this beautiful country continue to smile, a few bad people aren’t going to make me go anywhere. 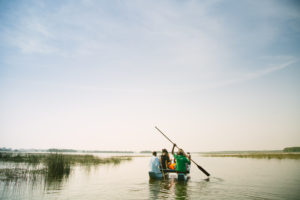 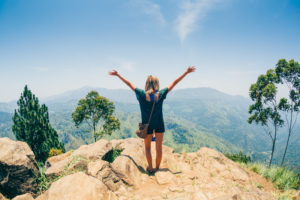