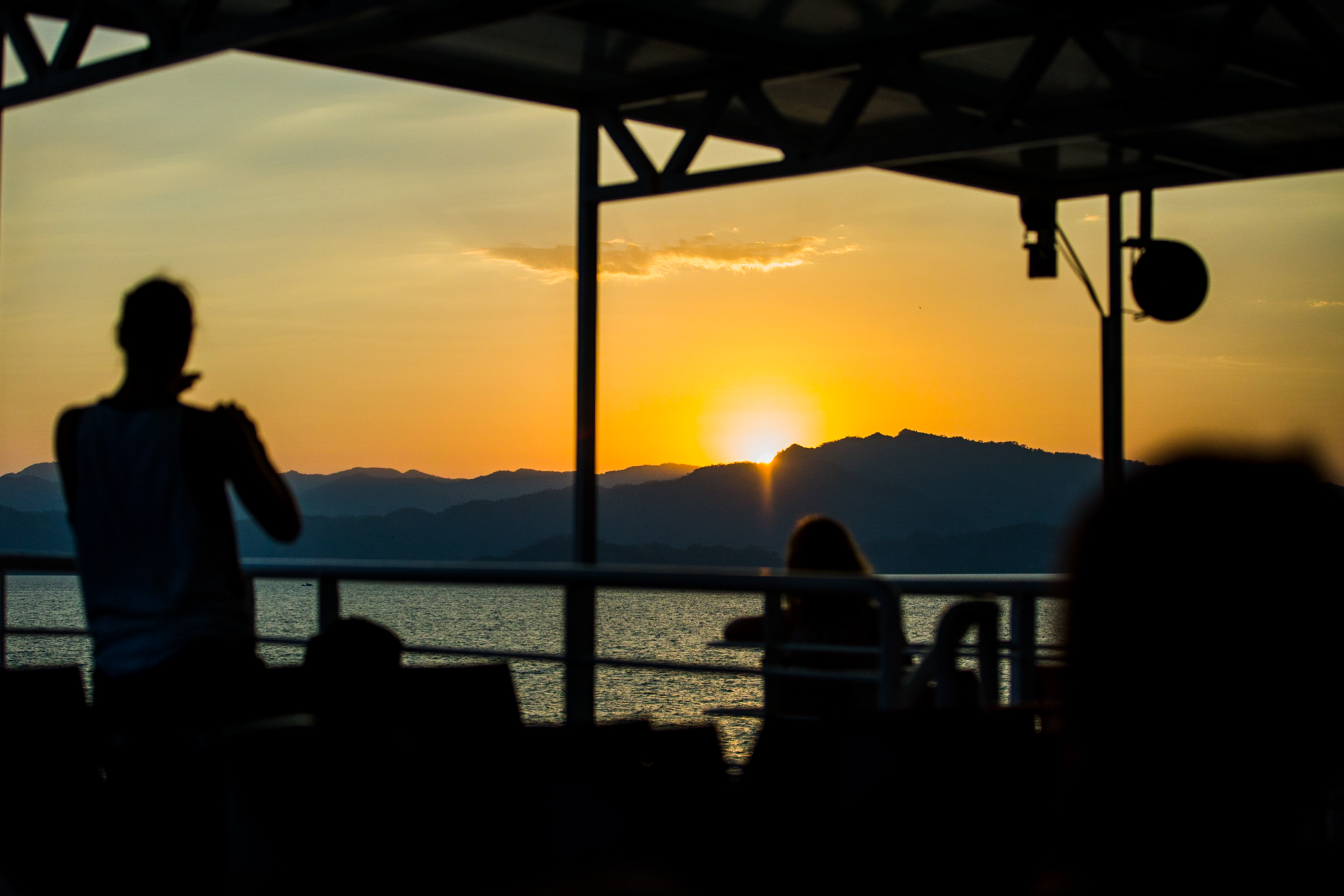 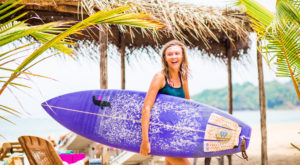 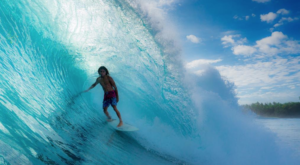 Through the Lens: Siargao’s Photographers 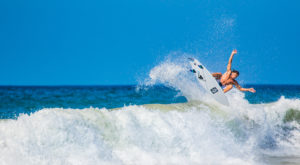 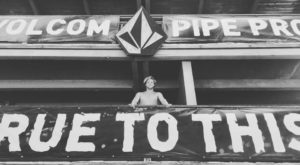 ‘Costa Rica’ in Spanish translates to ‘Rich Coast’ and apparently isn’t just referring to the wealth of beauty that the country boasts, as it also has the strongest economy in Central America.

These two facts are directly related and according to the Costa Rican Tourism Board and the World Travel & Tourism Council, tourism continues to boom with 2.9 million tourists visiting the country in 2016 contributing $7 billion to the GDP, bringing in a direct $2.8 billion in revenue.

To put this into the context that’s the equivalent of more than half the population of the entire country visiting in 2016 contributing to 13.4% of the GDP.

Now that’s a lot of tourists and even the least business-minded of us understand that a demand for something drives prices up, but this is a false perception of the cost of living in Costa Rica held by many travellers I’ve encountered in recent years, most of whom have never even visited the country opting to head to its ‘cheaper’ neighbours and yes it is possible to splash a shed load of cash here, but with a bit of planning and prioritising, you can actually also ‘do’ Costa Rica on a budget.

This article intends to be honest and informative aimed at those who may think they might not be able to afford to visit Costa Rica due to the aforementioned myth, with some practical advice on how much to budget for the essentials. For our trips, we book out private apartments (and cabanas for the Wild & Free Retreat) at Don Jons Surf Lodge in Santa Teresa. His prices are reasonable with a dorm costing $20, a Cabana is $70 and each apartment is $120 (per night). Prices of accommodation do vary depending on the region and what season you’re in, so during high season on the Pacific Coast (Dec/Jan/Feb) even a hammock at a surf camp will cost you $12 and a reasonable resort will be no less than $100.

But if you’re continuing your travels after our Costa Rica trip this February, why not look into heading to the Caribbean Coast? This will benefit you financially being the low season, yet you will still experience a unique culture, incredible food and great waves with fewer people. Yes, there might be the odd downpour in the afternoon, but it doesn’t rain all day every day and these tropical downpours make the place incredible beautiful. Literally. Cahuita and Puerto Viejo are surrounded by National Parks which turn all sorts of shades of green at this time of year. Again, if you’re on one of our trips you don’t need to worry about travel as all transfers and travel to beaches and excursions are included, but if you are travelling around on your own at some point you have a few options. Firstly and most expensively are private shuttles and taxis which will bash your budget to pieces, also hire cars can be quite expensive due to the general reluctance of hiring by the companies as most roads are pretty rough. But these can be easily avoided by taking the bus. Buses in Costa Rica are frequent, organised, comfortable, safe and cheap.

The first time I walked through departures in San Jose I took a taxi down to the coast which cost $300 and I now get a bus for $10, which even has wifi. The cheapest way to eat in Costa Rica is to cook for yourself. The fruit and veg literally grow on the trees around you and is therefore reasonably priced in the supermarkets. Rice and beans are a cost-effective staple, fish from the fishmongers is fresh as you’ll ever find and as it’s not necessarily a tourist thing to do, buying meat from the meat counters is cheap and of great quality.

The second cheapest way to eat is to go to a ‘Soda’. These are local restaurants found all over the country serving ‘comida tipica’ or a typical Costa Rican menu, usually consisting of various forms of burritos, tacos and Casados. The latter is the traditional name for the meal a wife should make for a married man (Casado in Spanish) which are massive plates of rice, beans, salad, sometimes french fries, maybe avocado, perhaps platanos and a choice of meat (beef, pork or chicken), fish or extra vegetables for vegetarians. These are seriously hearty dishes, perfect post-surf fuel and will set you back between $4 – $7. Soda’s in the tourist hot spots will most probably add service charge and tax to the bill, the proper local ones won’t.

Restaurants in tourist towns can get pricey, but I have found that the quality in most places is so good that it’s worth treating yourself occasionally. For example, the bacon and broccoli pizza at Mary’s in Mal Pais maybe $20 but it’s the best pizza I’ve ever had and the $25 lobster tacos at Habaneros in Santa Teresa are worth every dime. Again you’ll be paying service charge and tax in these places. Cooking for yourself is cost effective

You will have to double check at the establishment you are staying in but unlike all of its Central American neighbours, Costa Rica’s tap water is fine to drink. You will be consuming a large amount and with a bottle costing between $1 and $3, filling up your aluminium flask could save you easily $5 a day. Also make sure to treat yourself to a pipa fria (ice cold coconut) every day as they are SO good and only $1. Sunset beers watching the waves melt into the evening are a right of passage for anyone experiencing the Costa Rican lifestyle and I would never discourage this, but that one beer in the bar will cost $3, whereas you could have bought the same beer for a third of the price from the local shop and enjoy it on the beach with the rest of the early evening’s revellers soaking up the dusky Pura Vida vibes. Whilst many take pride in travelling on shoestring for as long as possible, I am a strong believer in giving back to the community that you are temporarily inhabiting and respectfully paying your way. Being that guy who lived off $5 a day in Indo when you wouldn’t think twice about spending that same amount on a pint is in my opinion quite selfish, so here are a few things that will help you get the most out of Costa Rica, whilst contributing to the economy, without breaking the bank.

Firstly, I have to suggest taking a surf lesson. The Pacific Coast, in general, is every level of surfer’s paradise. Seriously, roll out every tropical cliche ever written about beautiful beaches home to warm waves breaking before a backdrop of incredible scenery and Costa Rica fits the bill. The waves have a balance of power and playfulness making most spots rarely dangerous, yet testing for those looking to improve. If you do surf I would suggest taking the liberty of travelling with hand luggage only, avoiding the ridiculous surfboard fees that the American-based airlines are notorious for and buying a board at your location, which you can either take home or sell to one of the many passing surfer tourists. There are plenty of decent local shapers offering boards for around $300, which is a no-brainer when some airlines charge an excess baggage fee of $150 each way, per board.

Once you have your board, you only need some wax, a bikini, or pair of boardshorts and you have hours of cost-effective entertainment. If you surf every day for a month, this works out financially at $1 per surf!

You should also buy a yoga mat as getting into the routine of a regular yoga practice will not only help keep you mentally and physically in good shape, but a sunrise yoga session on the beach will make you realise just how happy you can be without the need of external and material influences. If you find peace and harmony within, you’ll be the richest person on the planet!

National park tours are also great frugal fun costing around $10 to experience what can only be described as a tour through a Dinosaur’less Jurassic Park. Local guides will obviously cost extra and will expect a tip.

One last thing to mention is that all visitors must pay a Costa Rican departure tax of $29 when leaving the country. 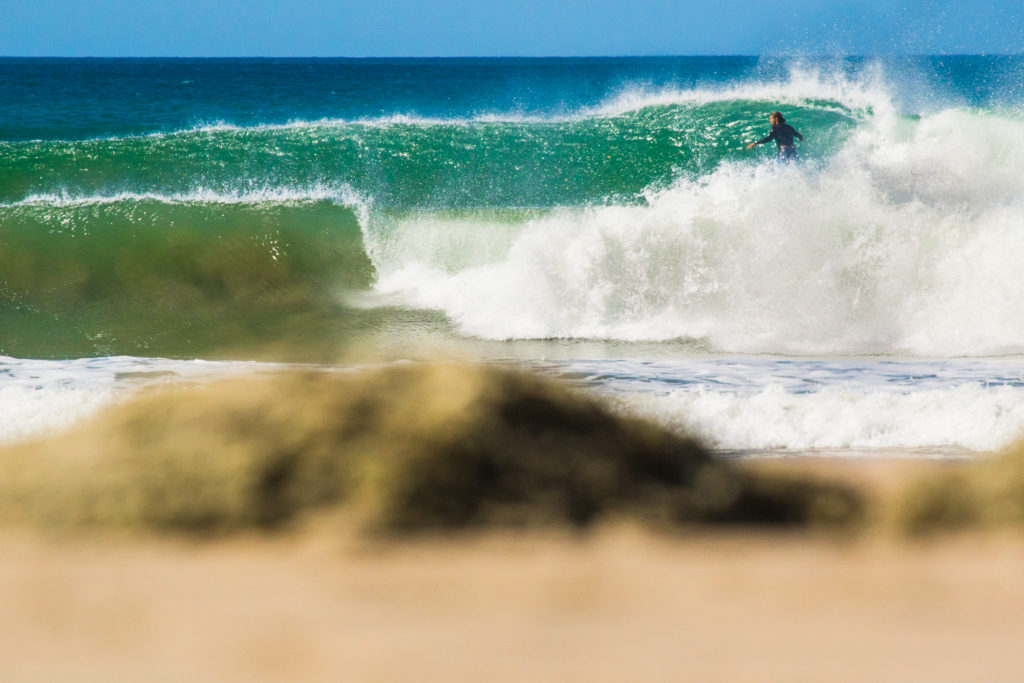 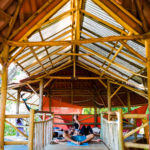 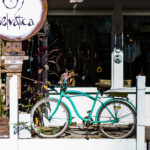 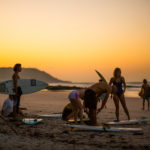 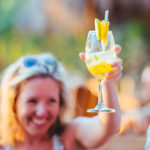 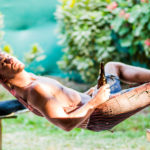 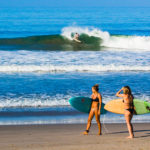 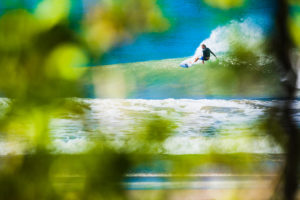 Watch Ticket to Ride Surf and Yoga in Costa Rica 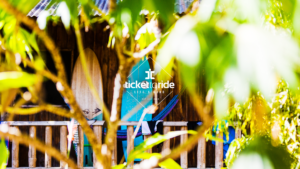